In 2006, Bill Samuels commissioned the Blue Tiger Democrats book as a companion to his newly launched political group. Using his collection of Thomas Nast's cartoons from the original "Harper's" magazine, I created a design based on the original format of the "Harper's" magazines from the late 19th century. Photos and illustrations were drawn from an array of sources, and the book was written by Bill Samuels, Craig Ullman and others. 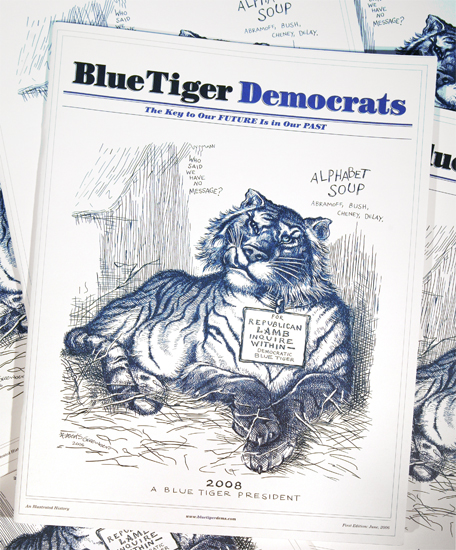 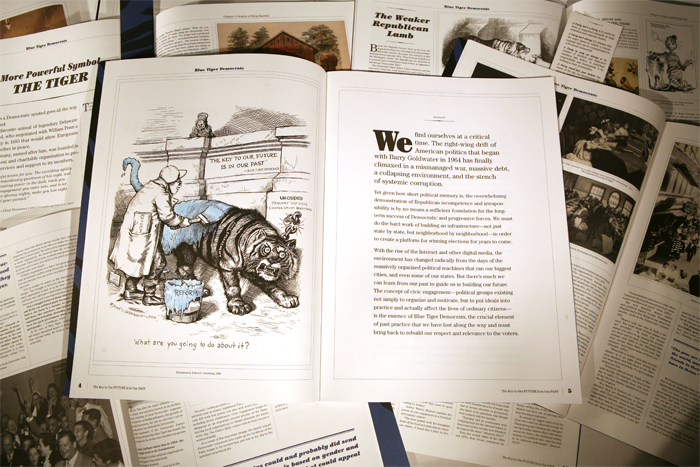