Back in February of 2011, Kevin asked me to work with him on creating backdrops for MTV's "I used to be Fat" Reunion show. As the official branding of the show featured numbers set in "Rockwell Extra Bold", Kevin wanted to create his set elements exclusively out of black and white numerals. The floor graphic was inspired by the calendar that tracked 100 days contestants were measured by. On the walls, I created sculptures using sliced sections of the numbers that were layered into two sections along a curved wall. Separate columns featured outlines of the numerals for contrast. In all, this was a fun project to design for! 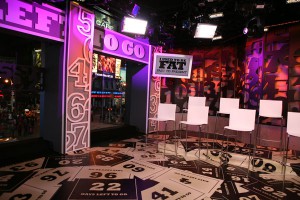 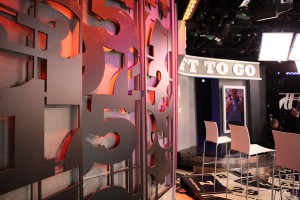 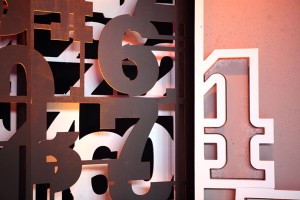 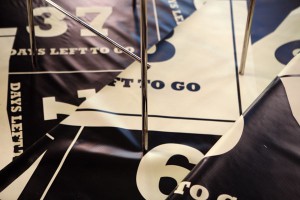 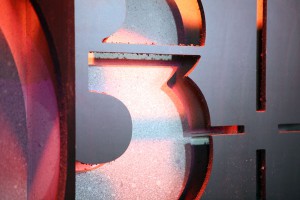 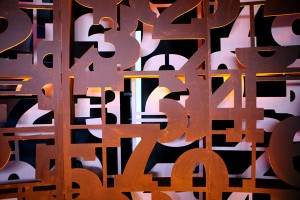 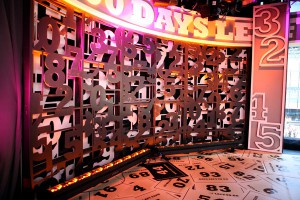